*Setting up Android UI testing on CI talk for Mobile DevOps Summit is available to complement this material.

UI tests are slow, demanding and expensive. Moreover, running them on CI is also quite tricky and hard.
However, whether we like them or not, UI tests are effective and essential. They are a great way to automate manual quality assurance and verify new releases.

In this article, I would like to share the key aspects of setting up UI testing on CI. We will:

CI must provide feedback as soon as possible.

The point of CI is to build, test, scan, analyse and verify software as it gets written. There are a lot of CI tools available to developers nowadays.

There is simply no such thing as the best CI tool. Even though they all do the same job conceptually, each provides a different value.
Some products are more mobile-focused, such as Bitrise, AppCenter, or AppCircle. Other tools are already integrated into a repository hosting like Gitlab CI or GitHub Actions. It is up to the team to evaluate which tool works best for them.
Nonetheless, there are a few items that must be mentioned.

As it was mentioned above, CI is not about how we run, but also what we run. Because UI tests can take a long time to pass, there are a few concepts that can significantly improve their performance. 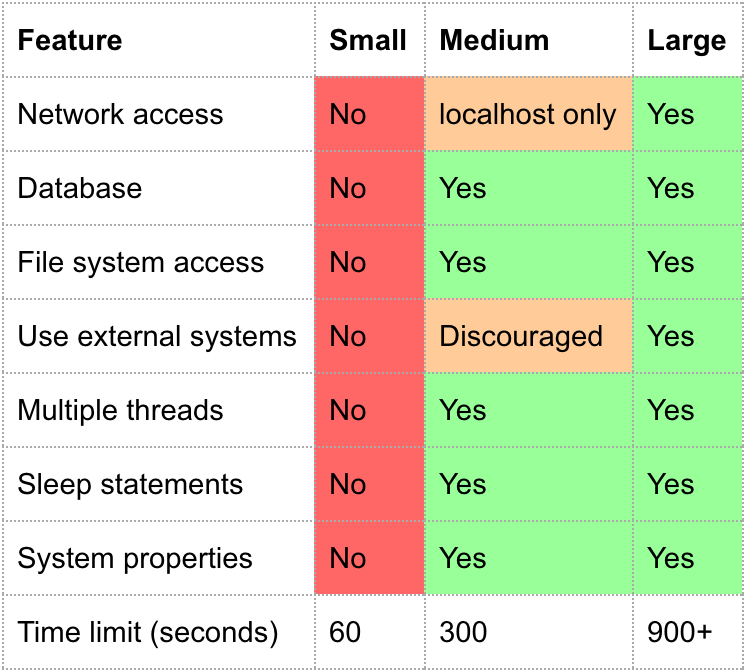 Android Studio provides a vast range of tools to set up and run UI tests. On CI we perform similar steps, but within a command line.
To run any instrumentation tests on CI, we need 3 main things.

Either the repository code or required APKs must be available to CI to run instrumentation tests. To access the project repository we usually generate an SSH key and clone the relevant changes to the environment to assemble APKs with it later.

There are three main components that are initially required:

For manual testing, real devices are indispensable. However, because of the amount of effort and scale, it is a completely different situation for CI. Real devices have little advantages over emulators as many devices are needed at the same time to integrate UI testing into CI.
It is rare for companies to build their own real device farms for CI. Even though it reduces load from the cloud and provides more control over the devices and their availability, there are a few huge drawbacks:

Therefore, even if corporates build their own farms with real devices, this is often done for a particular purpose (such as performance testing). The majority of instrumentation tests always run on emulators.

As Docker got more adopted over time, many Android images were open-sourced to the community so developers can now just use prebuilt instance images now! Docker containers are:

However, Docker is harder to set up. It is a good alternative option that is definitely worth looking into and an Android system can be deployed straight to the container without any systems in the middle as here:

However, it is also possible to run it with an emulator in Docker too as in:

What is common among real devices, emulators, and Docker containers is that they all require an Android system image. It can be generated in different ways, but it basically requires the following details to be specified:

Usually, an Android system image created with sdkmanager would look like this: system-images;android-28;default;armeabi-v7a. While most properties are straightforward, ABI might be confusing.

Android systems can be based on ARM or x86 CPU architecture:

Nested virtualisation for x86 can be a problem as not all Cloud providers offer it by default. However, here is how it can be enabled in:

To run a x86 Android System with hardware acceleration, it should be started with the --privileged parameter.

# Device infrastructure as a service

Other than real devices, emulators, or Docker, developers can also “rent” device infrastructure from such services as:

This can be useful when testing on real devices is needed as it is cheaper than creating your own farm. As for emulators, it is well covered on how one can set them up in-house. Nonetheless, it is still an option to let a third party handle both emulators and physical devices for you.

📈 How to optimise emulator

Another way to optimise an Emulator in Android is to disable unused features in it.

First, animations and other Android-specific features such as spell checker can be disabled via ADB:

Second, the sensors of the device such as gyroscope, accelerometer, etc. can be disabled with the config.ini file of the emulator:

A full list of features that can be disabled is here.

And last, but not least, the UI for the emulator itself is not really needed for running UI tests. Graphics will still render the application even if the Emulator window is disabled. This can be done by adding the following parameters when launching the emulator:

Here are some other parameters that can be useful too:

More on Emulators command line on Start the emulator from the command line and Configure hardware acceleration for the Android Emulator.

🚀 How to improve UI tests execution

As it was stated, UI tests are slow, demanding and expensive. The more tests are written, the more attention the team should pay to how tests are executed as the build duration can easily increase from 10 minutes to 1 hour in just a few suites.

Even with perfect CI, tests are often:

Let’s see how these issues can be fixed.

Asynchronous operations such as network calls or animations can significantly slow down test execution. For this reason, it is a common practice to:

Tests are flaky. Sometimes, a notification may appear on a screen, other times it is corrupted storage or a system pop-up that failed the UI test for you. However, there are still a few things that can be done to make tests more stable:

UI tests are primarily about the visual verification. It is more informative and insightful when test runs and especially failures also include:

With these artifacts, debugging and understanding failing UI tests is a straightforward process.

Sharding can be implemented with ADB and runners’ arguments. Likewise, filtering, retries and other features are feasible to develop in-house . However, implementing solutions to each UI tests issue is time-consuming and requires resources. Thankfully, there is a better way to do it.

There are multiple open-sourced custom test runners that improve test orchestration and execution for us. This page from UI testing cookbook compares some of them and I also would like to highlight Marathon and Flank.

This is a powerful test runner that provides such features as:

With Marathon, available devices should be available to it via ADB so it knows where it can run tests.

Flank is based on Firebase test lab and has the following features:

UI tests are demanding. They require a good setup, otherwise, they take a lot of resources. It is efficient to run UI tests in Cloud using x86 emulators. Third-party providers such as Genymotion Cloud Android Devices, Bitrise, Firebase test lab can also handle it for you.

When integrating UI testing into the CI, have a look at available custom test runners as they already provide a solution to many-many problems the developers might encounter over time.

How to set up UI testing on CI